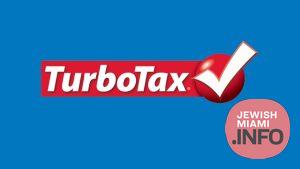 $141 Million Secured for Millions of Americans Deceived by TurboTax

Attorney General Ashley Moody today announced a $141 million multistate agreement with Intuit, Inc., maker of the widely used online tax-preparation software TurboTax, for allegedly deceiving consumers into paying for tax services that should have been free. As a result of the multistate agreement, consumers across the nation will receive $141 million in restitution from Intuit. In addition, Intuit must suspend TurboTax’s “free, free, free” ad campaign that allegedly lured customers with misleading promises of free, online tax-preparation services, when, in fact, many customers were directed to products that were not free. All 50 states and the District of Columbia have signed on to the agreement. Under the agreement, eligible Florida consumers are estimated to receive a total of more than $10.3 million.

Attorney General Ashley Moody said, “As a result of this multistate investigation, Intuit will have to pay more than $140 million in restitution for allegedly advertising free tax-preparation products and then directing many consumers to pay for upgrades in the service. Not only have we secured millions for those who were misled into paying for services that they could have obtained for free, we also stopped these deceptive practices both now and for future consumers of Intuit products.”

The multistate investigation found that Intuit engaged in deceptive and unfair trade practices that limited consumers’ participation in the Internal Revenue Service’s Free File Program. The company used confusingly similar names for both its IRS Free File product and commercial “freemium” product. In addition, the company used search-engine services that directed consumers who were looking for the IRS Free File product to the TurboTax “freemium” product instead. Intuit also blocked its IRS Free File landing page from search-engine results.

The investigation found that Intuit’s advertisements and its TurboTax website misled consumers into believing that taxes could be filed for free. Many consumers did not learn that payment would be necessary until spending time and effort inputting tax information into TurboTax. Moreover, the investigation found that some consumers eligible for Intuit’s IRS Free File product were misled to believe that an upgrade was necessary.

As a result of the multistate investigation, eligible Florida consumers who used TurboTax’s Free Edition, but were charged in tax years 2016 through 2018, will automatically receive a direct payment of approximately $30 for each year that this happened to them.

Intuit has also agreed to reform its business practices, including:

Attorney General Ashley Moody played a leading role in this investigation along with the attorneys general of Illinois, New Jersey, New York, North Carolina, Tennessee, Texas and Washington. The multistate investigation included the remaining 42 states and the District of Columbia.