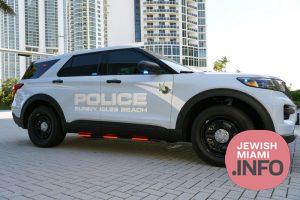 According to an investigation by the FDLE, Federal Bureau of Investigation, Homeland Security Investigations and Hendry County Sheriff’s Office, members of the SUR 13 gang, also known as Sureños, operated a drug trafficking organization from behind bars. Authorities seized more than 50 pounds, or 23 kilograms, of fentanyl—enough to kill more than 11 million Floridians, approximately half the state’s population.

This case, combined with several other drug busts over the past few months, brings the total amount of fentanyl seized in Florida to nearly 85 pounds, enough to kill everyone in 66 of Florida’s 67 counties.

Attorney General Ashley Moody said, “In just a few months’ time, authorities have seized enough fentanyl to wipe out the combined populations of 66 of Florida’s 67 counties—more than 19 million people! The prevalence of this dangerous substance poses a critical threat not only to the wellbeing of the citizens of our state but also our nation. Until President Biden takes action to address the border crisis that is emboldening Mexican drug cartels to bring record amounts of these dangerous substances across the border—fentanyl will continue to kill tens of thousands of Americans every year.”

According to the investigation, incarcerated leaders of SUR-13 operated a drug trafficking operation from within Florida prisons. At times, working with fellow gangs MS-13 and the Latin Kings, the criminal organization’s ruling body—called the Mesa—authorized member requests to execute other inmates and continue the distribution of drugs sourced from Mexico and California. Using contraband cellphones, members of SUR-13 would contact each other from different prisons throughout the state, including Brevard, Charlotte, Holmes and Miami-Dade counties. Gang members also kept contact with area drug dealers outside the prisons to facilitate drug shipments and deliveries.

Florida Department of Law Enforcement Commissioner Mark Glass said, “These suspects were arrested on a combined 64 first degree felony counts. The violence was often used to protect and further their large drug trafficking operation in southwest Florida. Investigators seized nearly 50 pounds of fentanyl, thousands of fentanyl pills and hundreds of pounds of methamphetamines. There is no question that lives have been saved in Florida because of this case.”

Hendry County Sheriff Steve Whidden said, “We may be a smaller agency in comparison to some, but we have a staff that I will stand next to any large agency and be confident in their abilities. My narcotics unit is exceptionally adept at targeting major drug traffickers. When you couple that with the assistance of the Florida Department of Law Enforcement and the Office of Attorney General Ashley Moody, we become a powerful force in combating drug dealers as witnessed in this operation that began in Hendry County. The criminal element needs to understand; if they set up in Hendry County, we will find them and eliminate them.”

Homeland Security Investigations Tampa Special Agent in Charge John Condon said, “Transnational gang activity involving violence and the smuggling of dangerous narcotics such as fentanyl, cocaine, and methamphetamines, is a terminal societal disease that turns American streets into war zones. It destroys the fabric of law and order if left unchecked. Gang violence endangers communities across the nation and cannot be tolerated. Alongside our federal, state, and local law enforcement partners, we will not sit idly by or turn a blind eye to the atrocities these bullies perpetrate in our communities, putting innocent citizens in the cross fire.”

FBI Tampa Division Special Agent in Charge David Walker said, “This investigation highlights the multi-agency teamwork that is necessary to dismantle violent gangs preying on our communities. Our communities are safer today as a result of the hard work and commitment by state, local, and federal law enforcement to protect and serve.”

Florida Department of Corrections Secretary Ricky Dixon said, “These arrests underscore the dangers of cell phones in prison. Cell phones, like the ones used in this operation, open the door to a multitude of criminal enterprises and compromise the safety of our communities and our facilities. FDC has thousands of dedicated professional employees committed to disrupting these criminal networks and working collaboratively with law enforcement to protect Floridians.”

FDLE is the lead law enforcement agency making arrests in this case.

Additional fentanyl cases from around the state from the past few months include: