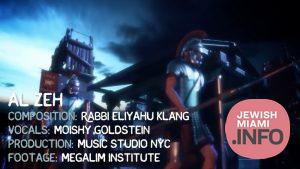 Listen to a heartfelt, acapella rendition of the sad words of Eicha describing the destruction of the Beis Hamikdash.

“As I was reading Eicha last night,” Moishy Goldstein relates, “I encountered these words and remembered the heartfelt melody as sung by Avraham Fried (in 1987). When I came home I decided to record an acapella version fit for Tisha B’av. So what you hear is a product of Tisha B’av from start to finish.”

The song first appeared in the record “Pirchei Sings Ani Maamin” released in 1968.