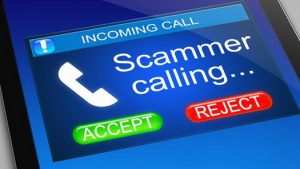 Attorney General Ashley Moody is announcing a new Anti-Robocall Litigation Task Force that will investigate scammers operating outside of the United States. Florida serves on the executive committee of the task force that consists of 50 attorneys general focusing on telecommunications companies that are responsible for bringing the majority of foreign robocalls into the United States. The new task force has one goal: to cut down on illegal robocalls.

Attorney General Ashley Moody said, “My office is working with states across the nation to stop the influx of illegal robocalls originating overseas. These calls are often used to execute devious scams and steal from Americans—so it’s important that we work together to investigate these foreign phone calls and find ways to stop them from harming our citizens.”

Ahead of today’s announcement, the task force issued 20 investigative demands to 20 gateway providers and other entities that are allegedly responsible for a majority of foreign robocall traffic. Gateway providers that bring foreign traffic into the U.S. telephone network are responsible for ensuring the traffic is legal, but the task force believes these providers are not taking sufficient action to stop illegal robocall traffic. The task force will focus on the bad actors in the telecom industry to reduce the number of robocalls that consumers receive and to incentivize companies to follow the rules.

According to the National Consumer Law Center and Electronic Privacy Information Center, more than 33 million scam robocalls are made to Americans every day. These calls include government imposters posing as the Social Security Administration or the Internal Revenue Service, fraud against seniors, online shopping scams and many other schemes. In 2021, scam calls resulted in an estimated loss of $29.8 billion to consumers, with most of the calls originating overseas. The task force is focused on shutting down the telephone service providers that profit from this illegal traffic and who refuse to take steps to otherwise mitigate these calls.

Attorney General Moody is offering the following tips for Floridians to avoid scams and unwanted calls:

Report scams associated with illegal robocalls by calling 1(866) 9NO-SCAM or by visiting MyFloridaLegal.com.

In March, Attorney General Moody released Scams at a Glance: Robotexts and Robocalls, a quick-reference resource for consumers to learn more about avoiding unwanted calls and messages. The downloadable brochure also contains information about different types of scams that often arise out of the communications.