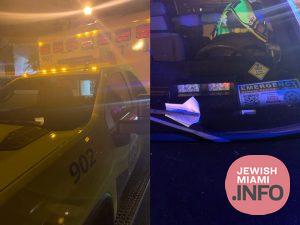 A Miami Beach Parking Enforcement Supervisor made it his business Tuesday night to ticket a marked Hatzalah of South Florida Ambulance.

The shocking incident occurred when the enforcement officer claimed that the ambulance, marked clearly as an emergency vehicle, was illegaly parked in a residential area.

To make his claim make sense, the supervisor allegedly claimed that the ambulance was a “commercial vehicle” ticketing both the ambulance and the volunteers responders vehicles.

According to preliminary reports, the enforcement officer decided to write citations for the vehicle, and even attempted to tow the ambulance.

This story is developing and will be updated as information becomes available.

UPDATE: According to reports, the vehicle had been parked and not on a call and was being serviced at the time of the ticketing.