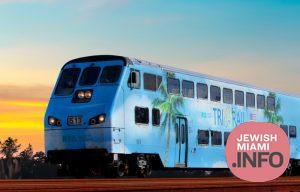 Broward County received official notice from the U. S. Department of Transportation’s Federal Transit Administration (FTA) that the first phase of the long-awaited Broward Commuter Rail-South (BCR-South) has been approved to enter Project Development (PD) phase.

This official approval opens the door to possible federal funding via the Capital Investment Grant program of FTA and will allow all funds expended by Broward and the Florida Department of Transportation (FDOT) from this point forward to count against local funding match requirements of a future grant. It also places the BCR-South project on the list published by the FTA of projects “in-line” for potential funding, most likely via a Small Starts grant, providing up to $150 million in federal funding for projects below a $400 million threshold (capital costs for BCR-South are presently estimated at $297 million).

“We are very pleased by this development and appreciate the support and cooperation of both the FTA, along with our partners from the Florida Department of Transportation, who have been instrumental in helping us reach this important milestone,” said Broward County Mayor Lamar Fisher.

FDOT recently announced that it has programmed $74 million to be available to help support the local match requirements of the potential FTA grant, approximately 25% of the estimated capital cost. FDOT and the County signed a Memorandum of Understanding outlining collaborative efforts to develop this new public transit initiative in January 2021.

“With this news, we are one step closer to leveraging both state and federal funds for this important public transit initiative, bringing in outside resources to assist with covering a majority of the cost to build the new system and begin the transformation of our community,” said Monica Cepero, County Administrator.
Broward County officials are coordinating closely with counterparts in Miami-Dade County, who in parallel are developing the southern-most extension of the commuter rail project. Their section is referred to as the “Northeast Corridor” within Miami-Dade’s “Smart Mobility” master plan. Palm Beach County is also participating, as the counties work to define governance and operations approaches of the new system.