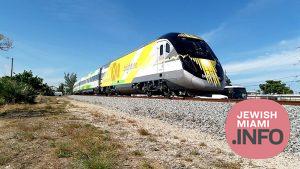 A Brightline higher-speed train fatally struck a pedestrian who walked into its path Tuesday, the fifth death involving the railroad since it recently resumed operations after being shutdown because of the pandemic.

The recent deaths have all occurred in the last month, continuing a trend that shows Brightline to have the worst fatality rate among the country’s approximately 800 railroads since it began test runs in mid-2017, according to an Associated Press analysis of Federal Railroad Administration data.