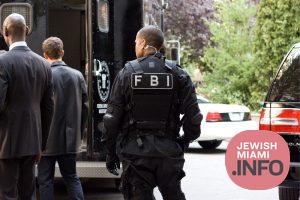 A hostage situation is unfolding at a Reform Synagogue in Colleyville, Texas after a Muslim man has taken a three congregants and their leader hostage, and is making demands.

According to reports, a man claiming to be the brother of a convicted terrorist entered the Congregation Beth Israel Synagogue located on the 6100 block of Pleasant Run Rd around 11:00am, taking four people hostage.

FBI, ATF, and local law enforcement began engaging the man, who claimed he was armed and allegedly demanded his sisters release.

“The situation at the 6100 block of Pleasant Run Road posted about earlier remains ongoing. We ask that you continue to avoid the area. We will continue to provide updates via social media,” Colleyville Police tweeted.

The synagogue, which holds weekly services, had been livestreaming on Facebook, which was later ended as the situation unfolded.

No injuries have yet been reported in the incident.

Update 7:40pm: One male hostage has reportedly been released in the ongoing hostage situation. According to the police, he is not in need of medical attention.

Update 7:59pm: A release by the family of the convicted terrorist denies claim that the muslim man who has taken four people hostage is her brother.

Update 11:00pm: Reports from Texas Governor Greg Abbot confirms that all the hostages have been rescued successfully and the suspect killed. According to reports, the suspect has been identified as a 44 British Muslim who recently arrived in the country.