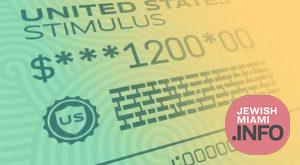 The audit also found while 3.3 million payments shouldn’t have been sent between July and November of last year, the IRS also failed to send payments worth $3.7 billion to the more than 4 million taxpayers who were eligible.

The wrongly delivered payments went to 1.5 million ineligible taxpayers in instances where “a dependent did not meet age requirements, was deceased, or was claimed on another tax return,” the Treasury Inspector General for Tax Administration report stated.