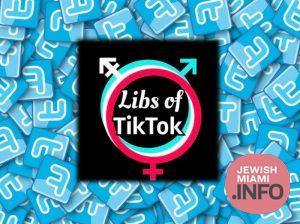 Is Your Name Raichik? The Name That Has Become The Target For Harassment

Threatening texts, phone calls, and even door knocking, people whose entire crime is having the name Raichik have become a target for harassment.

The doxing of the “infamous” social media account Libs of TickTock in a Washington Post expose this past month, has spawned a wholly disgusting side effect, the targeting of anyone whose name happens to be Raichik.

In conversation with CrownHeights.info, one person said “It’s nuts,” sharing how his relatives have been receiving threatening text messages, door knocking, and in at least one case even had their home address posted online.

The Twitter account Libs of TickTock was known for reposting content created by liberal, left-wing, and LGBT TikTok accounts promoting far left ideologies such as “gender studies” in children. Libs of TickTock would then point out their agenda, and even calling for them to be fired from their jobs.

In the explosive expose, Lorenz “doxed” the account, revealing the owner as a woman named Chaya Raichik. Raichik was forced to “go into hiding” saying in an interview soon after that she was in a “safe place” where people would not recognize her.

Since then, “activists” and thugs have been attacking any social media account or person with the name Raichik, spewing hate and derogatory statements across media boards, comment sections, and even directly to people.

While many of these acts may be illegal, they have unfortunately become the norm in todays society, where dissenting voices are “canceled”, many times through intimidation and coercion.

The Libs of TickTock account had a strong following prior to the expose, including some well known right wing politicians and media personalities. Following the expose, the numbers surged, with the account presently boasting over 1.2 Million followers.