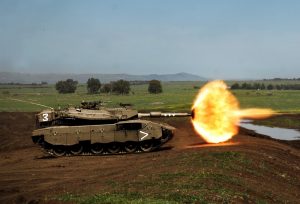 One person was wounded Wednesday afternoon in a shooting attack on the border between Israel and the Gaza Strip.

The victim is a construction worker employed by a contractor for the construction of a new barrier between Israel and the Hamas-ruled enclave. He was lightly wounded in the attack, and was treated by paramedics on the scene before being evacuated to a hospital for treatment.

The IDF has launched an investigation into the incident.