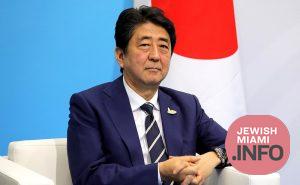 Former Japanese Prime Minister Shinzo Abe, a divisive arch-conservative and one of his nation’s most powerful and influential figures, has died after being shot during a campaign speech Friday in western Japan, according to NHK public television.

Abe, 67, was shot from behind minutes after he started his speech in Nara. He was airlifted to a hospital for emergency treatment but was not breathing and his heart had stopped. He was pronounced dead later at the hospital, NHK said.