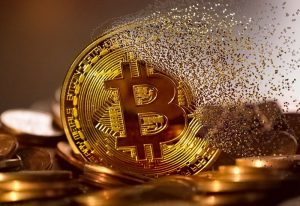 Consumers reported losing over $1 billion to fraud involving cryptocurrencies from January 2021 through March 2022, according to a new analysis from the Federal Trade Commission. Fraud reports suggest cryptocurrency is quickly becoming the payment of choice for many scammers, with about one out of every four dollars reported lost to fraud paid in cryptocurrency.

The FTC’s latest Consumer Protection Data Spotlight finds that most of the cryptocurrency losses consumers reported involved bogus cryptocurrency investment opportunities, which totaled $575 million in reported losses since January 2021. These scams often falsely promise potential investors that they can earn huge returns by investing in their cryptocurrency schemes, but people report losing all the money they “invest.”

After cryptocurrency investment schemes, the next largest losses reported by consumers were on:

Some of the red flags consumers should watch out for include:

The Federal Trade Commission works to promote competition and protect and educate consumers. Learn more about consumer topics at consumer.ftc.gov, or report fraud, scams, and bad business practices at ReportFraud.ftc.gov. Follow the FTC on social media, read consumer alerts and the business blog, and sign up to get the latest FTC news and alerts.