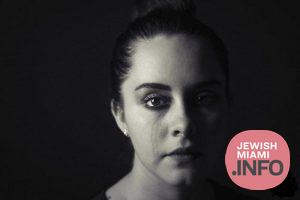 Who can imagine the type of anger I am carrying around inside of me?

I walk around, and no one senses my deep pain.

Can you imagine the suffering of a child being repeatedly cruelly molested and tortured by a relative, in a family member’s house, with their knowledge?!

Can you imagine the suffering of an innocent Bochur who is set up and marries such a girl and experiences hell, thinking he is the source of the issue?

Can you imagine what it means to have children born with mental issues, all because you were cheated?

Can you imagine the additional pain and aggravation of those suffering knowing that the molester is continuing with his actions, and is thriving?! And that others who were warned about him, are too afraid to open their mouths to help others?

If this is not golus hashechina, I’m not sure what is. I’m guessing it’s what says: גם כל חלי וכל מכה אשר לא כתוב בספר התורה הזאת..

How I (and many others) were zoche to such suffering, I do not know.

One thing I do know, is that many people (maybe you too) can stop innocent blood from being spilled.
But let’s not just get caught up with naïve compassion on victims imagining we would definitely be the super hero to save children’s lives; let’s see the other side of the coin.

Who really wants to “spill the beans” on a family member that is abusing children? It really hurts when it hits close to home, and it will bring embarrassment upon themselves!

Which parent would want to report on their own child who is doing the most shameful and destructive acts possible?

Well consider this: there was once an Israeli Arab who called up Israeli security forces to inform that his own son was planning a terror attack r”l.

How do we view such a father, as a traitor or as a noble hero?

Just to let you know: abusers range from all sorts. From the emotional disturbed who just needs some help, to the sadistic murderous maniacs who won’t stop until they are safely placed behind bars.

One thing they all have in common, is that they won’t get better and “straighten up” by ignoring the issue. In the past (and present!) one such messenger of evil destroyed hundreds of lives.

King Shlomo enacted a law that whoever buys from a thief receives punishment, for they are enabling crimes to happen. Similarly here, experience has shown that the abuser and victims are not the ones who can “save the day” and fix the situation, both are deeply trapped. However, an abuser is only able to operate with cooperation of others. Here, bystanders silence is the compliance needed for the crimes to continue.

May HaShem help that it should become our norm to save other lives at the expense of their own discomfort and embarrassment. With such zchusim amongst klal Yisroel, will have more Simchas and less sadness amongst us.

Nowadays the tools exist to help everyone, including treating abusers who want to do tshuva. We can all become life-saving heroes, and many future generations will thank those brave individuals who made it possible for klal Yisroel to flourish biezras HaShem.

May we only hear good news forever.