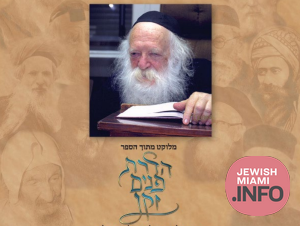 This publication represents a compilation of halachic pronouncements by Rav Chaim Kanievsky zt’l regarding the beard in Jewish law. It is (primarily) excerpted from sefer Hadras Ponim Zokon and prepared by the sefer’s author, Rabbi Moshe Nisan Wiener.

Included are numerous (and some never-before published) facsimilies of handwritten responses from Rav Kanievsky zt’l.

Some of the issues discussed in the quotations from Rav Kanievsky zt’l in this publication include:

To view this new publication at no cost, please click here.

For those who would prefer a hardcopy, it is available (at cost price) on Amazon.

Sponsors are being sought to enable an English language edition of this eye-opening work.