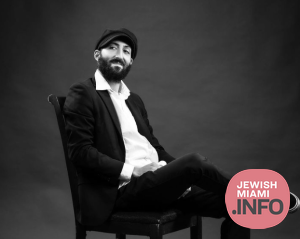 The Jew Project: Kevin Allen aka Colev, A Musician Who Reconnected to Judaism Through A Dream

Kevin Allen aka Colev was born in Pennsylvania and moved to Los Angeles at 18 years old to attend the musicians Institute. After sleeping on a floor of a music studio for a year, recording bands & artists for pennies, Colev legitimized his life-style into a business in 2013. In that year he went from sleeping on the floor to a professional recording studio, jamming with people like Taylor Hawkins and Brad Wilk, Curtis Blow and ran sound for groups like Public Enemy, Nile Rogers, Salt Pepper, and Stix. He then went on tour, had a baby named Seven, and started a band with Kris Friday who had just finished a feature with Wiz Khalifa.

“I had a dream that changed my life. Before I knew who he was, the Rebbe came to me in a dream and said “this is the way” as he stepped into a tornado. I followed and that sent me flying. Suspended in space I look down and there’s a white dot below my feet and I yell out, “what now?!” I start to fall as I wake up.

A few hours later I was cast for a film. I put on my fur jacket and head to the studio and auditioned. When I walk out of the studio I hear, “Chabibi! Did you do tefillin today?” What’s Tefillin? He then tells me I must be Jewish. I said, how can you tell? Is it my nose? He said, “no it’s you neshama/soul”. I tell him, “if you can see my soul maybe you can interpret my dream”. So I’m telling him my dream in more detail as he’s pulling out the tefillin. He asks me if I’m ok because all the hair on my arm was standing straight up. I’m staring into his tefillin bag in shock. I told him his grandfather came to my dream last night as I’m pointing to a picture in his bag. He said, “this isn’t my grandfather this is my Rebbe. He came to your dream last night?! Wow this is big stuff, you know last night was his yahrzeit?

To make a long story short this chossid who’s name is Yisroel Novac was a shliach for the rebbe and we learned Tanya and chassidus every day for at least a year and a half after that day. At any rate, now I’m working on a project to present story telling in a new fashion that will help people connect to others and form a deeper appreciation for lives other then their own”.