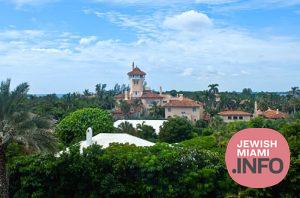 Trump said in a message on his social media forum Truth Social that his home was “currently under siege” due to what he claimed was prosecutorial misconduct.

“Nothing like this has ever happened to a President of the United States before,” Trump wrote.