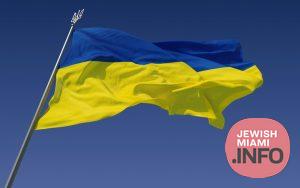 (UPDATED 9:18PM) Russian Forces Bogged Down in Northern Ukraine, Sanctions Hitting Hard In Russia, Both Sides Sit Down For Second Round of Peace Talks

9:18pm: The Zaporizhzhia nuclear power plant is presently the sight of a battle. The following is an update from Sen. Marco Rubio:

Russian soldiers have breached the main building of the #Zaporizhzhia nuke plant in #Ukraine. Active firefight is going on inside a facility that is already on fire and controls 6 reactors.

Firefighters unable to fight the fire because they are in the middle of a combat zone. Like most nuke plants the one in #Ukraine under attack is built to withstand a direct hit from an airplane crash The problem is a loss of power or a shell draining the pools used to store spent fuel.

If that fuel isn’t cooled it can melt & release large amounts of radioactivity. Second Ukraine official just now says reactor was “hit” & is inactive with fuel inside but that its the admin building which is on fire. He had received no information about elevated radiation levels. Says meltdown unlikely but leak is possible. No other verified info available

3:12pm: Russian and Ukrainian negotiators have agreed on the creation of humanitarian corridors for the evacuation of civilians from combat areas in Ukraine, Ukrainian presidential advisor Mykhailo Podolyak said Thursday.

1:58pm: As per Sen. Marco Rubio “The chances of #Belarus joining in the invasion of #Ukraine are very high and (in my opinion) near certain.”

1:55pm: Ukraine and Russia agreed to hold a third round of talks soon, as Ukraine did not receive the results it had counted on.

12:12pm: Germany and Norway break from tradition and export lethal arms to Ukraine.

10:00pm: The following is an analysis by Sen. Marco Rubio on the war:

After being unable to make progress for close to 72 hours #Putin’s massive military column stuck 15 miles outside #Kyiv is beginning to show a growing decline in readiness. Growing signs the people of #Russia are becoming increasingly aware of the scale & scope of the #UkraineRussianWar. If so this would put #Putin in danger of a two front conflict. He would move quickly to impose restrictions aimed at preventing large protests & unrest.

8:18pm: Russian businessman Alexander Konanykhin has put a million dollar reward for Putin’s head over the invasion of Ukraine.

8:17pm: One of the world’s largest software producers, Oracle, has suspended all operations in Russia.

6:18pm: The Russian Federation Council is set to hold an unscheduled meeting on Friday, leading to widespread speculation in Moscow that the country might impose martial law.

1:17pm: A Russian soldier had reportedly surrendered and Ukrainians provided him with food and supplies and let him video call his mother. The soldier literally bursts into tears while talking to his family.