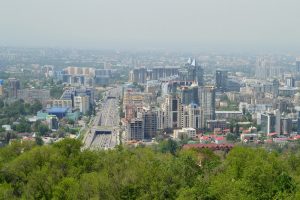 An Israeli living in Kazakhstan has been identified as on of the people killed in civil unrest that has plagued Kazakhstan, leading to the violent intervention of the military.

Levan Kogeashvili, a 22-year-old Israeli living in Kazakhstan for the past two years, was shot and killed in the city of Almaty.

According to reports, Kogeashvili was not involved in the protests, having been gunned down in a vehicle with two friends. According to the report, the vehicle was targeted by the military who suspected the car of having broken curfew rules.