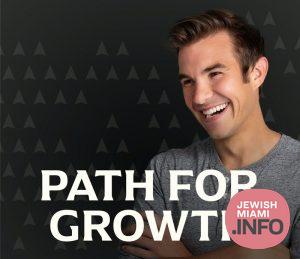 7 Things Learned From Spending Time With The Orthodox Jewish Community

Alex Judd, the Founder & CEO of Path For Growth, named seven things he learned from spending time with several leaders from the Orthodox Jewish community in Brooklyn, New York.⁣

𝐑𝐞𝐬𝐭 𝐫𝐞𝐪𝐮𝐢𝐫𝐞𝐬 𝐝𝐢𝐬𝐜𝐢𝐩𝐥𝐢𝐧𝐞. I am so inspired by their relentless commitment to honoring and practicing “SHABBAT.” That is their day of rest and they take it very seriously. They exercise extreme intentionality in their work and family rhythms all week to ensure that Friday eve to Saturday eve is truly rest.⁣

𝐆𝐞𝐧𝐞𝐫𝐨𝐬𝐢𝐭𝐲 𝐜𝐚𝐧 𝐛𝐞 𝐜𝐮𝐥𝐭𝐮𝐫𝐚𝐥. It’s not even a question… 10% of their business profits go to causes, charities, and ministry. And what’s crazy is that they don’t really talk about it or advertise it… it’s just assumed. It’s a culture of generosity.

𝐂𝐨𝐧𝐧𝐞𝐜𝐭𝐢𝐨𝐧 𝐢𝐬 𝐜𝐫𝐮𝐜𝐢𝐚𝐥. I learned this one from my long-time friend Naftali Tessler. Connection is at the core of his mission. Walking around Brooklyn with him is like walking with the mayor. He’s always saying hello, making introductions, and even yelling out his car window at people he knows. I’ve seen people be blessed by the way he proactively pursues connection. I’ve been blessed by it. ⁣

𝐃𝐨𝐧’𝐭 𝐚𝐯𝐨𝐢𝐝 𝐝𝐢𝐟𝐟𝐞𝐫𝐞𝐧𝐜𝐞𝐬, 𝐞𝐦𝐛𝐫𝐚𝐜𝐞 𝐭𝐡𝐞𝐦. It’s not a secret that my faith is different than theirs. They know I’m a Christian. Yet, they’ve never used that as a reason to avoid me or my company. In fact, many of them are some of our most involved customers. We have had some of the most fruitful, rewarding, and enlightening conversations about our faith and worldview. Their willingness to embrace differences made that possible. ⁣

𝐇𝐮𝐦𝐢𝐥𝐢𝐭𝐲 𝐢𝐬 𝐚 𝐩𝐫𝐞𝐫𝐞𝐪𝐮𝐢𝐬𝐢𝐭𝐞 𝐟𝐨𝐫 𝐠𝐫𝐨𝐰𝐭𝐡. This one was inspired by my friend Simcha Beller. He lives with such a powerful posture of hungry humility. He always wants to get better. He always assumes he can know more. He regularly requests feedback. He’s constantly looking for opportunities to improve as a person and leader. It’s an inspiration. And, it’s the reason why he’s ALWAYS growing. ⁣

𝐂𝐨𝐦𝐦𝐮𝐧𝐢𝐭𝐲 𝐢𝐬 𝐤𝐢𝐧𝐠. They spend so much time with each other. In fact, I’d bet that that the loneliness epidemic that is ravaging America isn’t as prevalent in their few blocks of Brooklyn. They are always having meals, serving each other, and celebrating together. It’s beautiful. I also don’t think it’s a coincidence that they don’t participate in most of the social media apps.

𝐑𝐢𝐭𝐮𝐚𝐥 𝐢𝐬 𝐞𝐬𝐬𝐞𝐧𝐭𝐢𝐚𝐥. Perhaps you’ve heard…New York is kind of crazy. Every time I visit I ask “how do people live here?” Well, I know how the Orthodox Jewish community does it. In the midst of the insanity, they follow a routine of ritual. Prayer, study, meals together, habits and holidays. In the midst of the cultural tornado that is NYC, they stay centered, stable, and grounded. ⁣These principles are at the core of what we believe within the Path for Growth community of impact-driven leaders. I’m grateful for their living example.