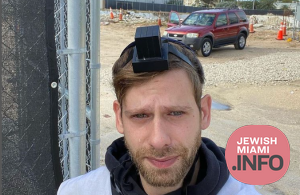 A Meaningful Story of Tefillin and A Jewish Soul

The following story was posted on Instagram by Nechemia Soibelman, and has been rewritten and published with permission.

“Means the world to me.”

I was sixteen and smoking a cigarette outside a wedding when a man walks up to me and tells me “smoking is bad for you.”

I laughed, so he asked me “Do you at least learn with that cigarette?” I laughed again and said no.

He asked me, “Do u at least daven?” I replied again no. He said “Ok ,but do you at least put on teffilin?” I responded “not any more.” So he tells me “Ok if you put on teffilin for thirty days, I’ll get you what ever you want.

I laughed at him and went back to inside play in the band.

The guy follows me inside, walks right on to the stage and tells me in my ear, “I’ll buy you the coolest drum set there is if you rock teffilin for 30 days.”

I said “Ok, deal,” and e asked for my cellphone number.

At that time, I did not own a cell phone, so I responded that I don’t have one.

“Give me your address?” he replied, so I did.

The next morning, I kid you not, at 9:00am a driver pulls up to my house with a brand new phone and instructions to put on teffilin and call every day that I did.

Long story short, I called every day, told him “yes I put on tiffilin,” but in reality, I didn’t at all.

Day thirty comes, and again at 9:00am I get a call to come outside. He takes me to Sam Ash and buys me the coolest drum set in the store for thousands of dollars.

I go home and set up the drum set, and I’m looking at it and say something is not right. I can’t play these drums, they don’t belong to me. I never kept my part of the deal, so I decided on my own that the next 30 days I will put on teffilin.

Fast forward and Boruch Hashem I’m thirty two and can say that ever since that day I have never missed a single day of teffilin. My journey back up the ladder to yidishkit began that day.

Harry Rosenberg, you were the first one they found here at surfside. Hashem took your Neshama to Gan Eden. Today Harry, I came to daven by you and to thank you again. I’ll never forget what you did for me.

Daven for klal yisreal. I know you have box seats with Hashem, as I wipe my tears I can honestly say you were a tzadik.

Harrry Rosenberg Zecher Tzar Livracha – may your neshama have an aliya.