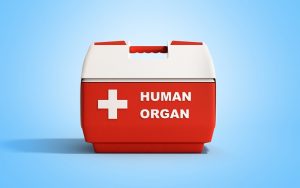 An Urgent Message from Misaskim Regarding Legal Marriage and Organ Donations

Eliyahu Elkaslasy was an Israeli native in his 60’s living in Las Vegas, Nevada. After suffering a debilitating stroke, it was deemed necessary to put him on life support. Late one Sunday night, a doctor came into the room to discuss a course of action with his wife, Galia. When Galia understood what the doctor was implying, she felt the blood drain out of her face. She grasped the bedrail weakly and stammered, “I must have heard wrong, can you please repeat what you said— and slowly?”

“Mrs. Elkaslasy, I am very sorry, but your husband is very ill. He is on life support and there is no hope for recovery. Pursuant to your husband’s wish to make an anatomical gift of his organs, and considering his current state, we will be removing him from life support in several hours. At the same time, we have our surgical team ready and they will be preparing him for surgery to harvest his organs. We are very appreciative of your husband’s selfless donation, and his organs will be going to people who desperately need them. The surgery is scheduled for 3:30 a.m., so take your time to say your goodbyes now.”

Galia shook her head, trying to keep the hysteria out of her voice. “There must be some sort of mistake here. You have the wrong man. My husband is a religious Jew, and while organ donation is admirable, it is against our beliefs. There is just no way he would have registered as an organ donor.”

Seeing that she was adamant in her refusal, the doctor pursed his lips and left the room. He returned several minutes later with a member of the hospital staff, who showed Galia the document stating that her husband had indeed registered as an organ donor when he had renewed his driver’s license recently. Again, she shook her head. “English is not my husband’s first language. I can promise to you that he did not know what he was checking off and signing on. You cannot go forward with this! I will not allow it! As his wife, I refuse to allow you to move forward with the surgery!”

The hospital staff member put a hand on her shoulder and explained that under a recent bill passed in Nevada, there were new rules on how to proceed if one wished to revoke an anatomical gift. While it was possible for a spouse to retract the donation order, she would need to bring her marriage license to the hospital immediately if she wished to step in. At that point, she broke down and began to weep. While she was happily married to Eliyahu for decades, it was a halachic marriage. They had never filed to be married in civil court, and therefore there was no official marriage license to show.

Galia called local askanim to see if they could help. They sprung into action. Lawyers were called, and even though it was the weekend, they got to work. Every method was attempted to reach a judge in order to file a temporary restraining order against the hospital. Many organizations worked feverishly on the case, including Misaskim of New York and California, Chayim Aruchim, Hatzalah of Las Vegas, and the people of the Chabad shul. One lawyer from their shul wrote to the head nurse that he will take legal action against the hospital. The response was that the risk management from the hospital said they should go forward with the surgery anyway. Galia got onto a call with Rabbi Yisroel Schanowitz, Rabbi of Chabad of Summerlin, his wife, and the organ donation service, and they begged them not to go ahead with the operation.

It was all in vain. Nothing could be done, and the hospital began to prepare Eliyahu for surgery. They went forward with the surgery, even earlier than the time the hospital staff had told them. When he was brought to the chapel, they came for him again to harvest even more from his body.

Eliyahu ben Dovid, z’l, was buried in Eretz Yisroel. May his memory be a blessing.

Though this saga has a most horrific ending, there is a reason we are sharing it.

As changes are made and laws are passed, one never knows what will be next. The bill to amend the process of revoking an anatomical gift in Nevada passed and went unnoticed by nearly everyone. Unfortunately, it did end up affecting a religious Jew. Who is to say that the same will not occur in other states, without our knowledge?

Yankie Meyer, founder and director at Misaskim, says the story should teach the community two things. “Firstly, it shows the importance of a civil marriage. Many members of the community are married halachically but not civilly. In any situation where a married adult cannot make a decision on their own, the power of attorney is legally transferred to the spouse. If there is no marriage license, matters get much more complicated. Additionally, people need to be aware of how easy it is to inadvertently become an organ donor. When renewing your license, if you do not wish to make any anatomical gifts, be careful and do not select that option.”

Meyer adds “The back of the license also has a space where one can sign to become an organ donor. If you do not wish to be one, I suggest you take a pen or marker and write VOID in that spot or mark it strongly with a line so that no one can then sign in your name, chas v’shalom.”

The issue of organ donation in the United States is one that has been brewing with change for years. The United States operates under expressed consent in regard to organ donation, which means one has to opt in to be considered an organ donor. However, there is a small but alarming number of bills quietly cropping up around the country, with legislators lobbying to change their states to adopt the presumed consent approach. This change would mean that any person applying for a driver’s license or state ID would need to specifically opt out of organ donation. If they do not do so, they will automatically be assumed to be an organ donor. It is vital for us to keep our eyes open and be aware of changing laws so that we can do ours and make informed decisions.