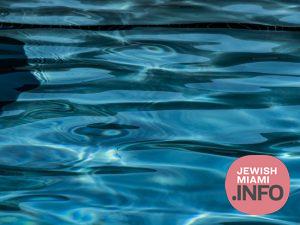 Attorney General Ashley Moody said, “This fraudster will spend decades in prison for stealing millions of dollars from Floridians who made huge down payments to have pools built on their properties. He took their money, dug massive holes in their yards, then ran from his contractual obligations to complete the work, but he didn’t get far before the law caught up with him. Now, thanks to my Statewide Prosecutors, he will spend a long time behind bars thinking about his terrible crimes.”

An investigation by the Florida Department of Law Enforcement found that Washburn induced homeowners in Brevard, Indian River, Martin, Okeechobee, Palm Beach and St. Lucie counties to sign contracts to build pools with promises of low prices and quick, professional work. The contracts required hefty upfront deposits and large front-end payments. Once Washburn received a deposit, the company sometimes abandoned the project before work began. In other cases, Washburn dug gaping holes in the victims’ backyards with dangerous debris piles around the project site. The company left the majority of the pool projects uncompleted, resulting in expensive property damage for homeowners. In an attempt to cover up the fraud, Washburn used a third-party check cashing store to convert the deposits into cash.

The Honorable Judge Vaughn of the 19th Judicial Circuit sentenced Washburn to a 30-year sentence on nine felony counts: one count of organized scheme to defraud, a first-degree felony; two counts of money laundering of more than $100,000, a first-degree felony; and six counts of fraudulent use of personal identification information, a third-degree felony. The judge also ordered Washburn to pay $3 million in restitution for the victims of the pool fraud scheme.