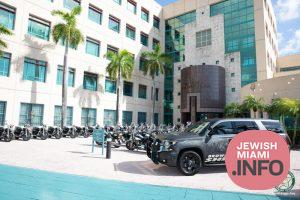 A well-documented phone scam has resurfaced in Broward County, and the Broward Sheriff’s Office is notifying residents of suspects who were identified after a rash of calls involving this scam occurred in Broward County in early September. The scam involved callers impersonating actual BSO deputies, requesting money and threatening arrest for “active” warrants that didn’t exist if the money wasn’t paid.

The recent scam involved suspects impersonating current BSO deputies and spoofing the BSO Courthouse Control Room phone number. Spoofing occurs when someone disguises a phone number to assume the identity of a trusted, credible source. A victim receives the spoofed call from the BSO number, and the scammer say the victim needs to pay a surety bond in cash through a bail bond company to avoid arrest on outstanding charges. Suspects used two bail bond companies, one near the Broward County Courthouse in Fort Lauderdale and the other in Dania Beach. The bail bond companies were unaware and not involved in the scheme.

During the month of September, BSO received over twenty reports from multiple individuals, mostly female medical professionals, who received calls from the BSO number. Unfortunately, several people fell victim to the scam, which resulted in losses in the tens of thousands of dollars.

Please be aware that BSO will never call you to ask for money or personal information, demand bond money or any form of payment. If you receive this type of call, do not provide any personal information or money. Instead, immediately hang up and contact law enforcement.