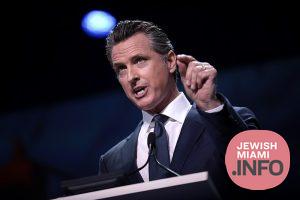 Newsom bought $105,000 worth of spots that began airing on Fox News in Florida, spurring chatter about a potential 2024 presidential run — especially if Joe Biden opts not to seek a second term.