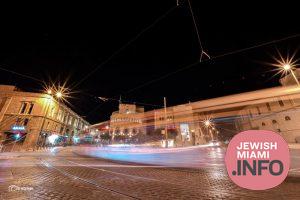 Ignorance of an Israeli legal requirement, combined with questionable practices by rental car companies, lead to significant consequences for some foreigners in Israel.

Foreigners are permitted to drive on Israeli roads utilizing their foreign drivers’ licenses. It is important to note that this permission is granted only for a period of twelve months. Once a foreigner has been in Israel for longer than a year, they are required to obtain an Israeli license. Click here to view Chaim V’Chessed’s detailed guide on license conversion.

In recent days, Chaim V’Chessed has been contacted by numerous foreign residents of Israel who have encountered serious complications after mistakenly driving in Israel with foreign licenses. In one case, the foreign resident’s car was impounded by the police, as he was deemed as driving without a license, since he did not hold an Israeli license. In another case, a foreigner was sanctioned with serious fines. In yet another case, a foreigner was actually arrested as he was considered as driving without a license.

Especially during this Bein Hazmanim period, Chaim V’Chessed urges foreigners who have been in Israel for more than 12 months to immediately convert their foreign licenses. Until that point, it is illegal for them to drive in Israel.

It should be noted that rental companies regularly rent cars to foreign residents, despite the fact that they do not hold Israeli driver’s licenses as required. As outlined above, this questionable practice has led to significant consequences for the foreign resident community.