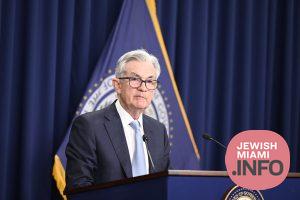 The Federal Reserve approved another steep hike in its benchmark interest rate on Wednesday, pushing forward with a plan to tackle decades-high inflation despite fears the moves could trigger a recession.

The rate-making Federal Open Market Committee announced the hike of 0.75%, or 75 basis points, after a two-day meeting.

The Fed has now hiked rates by three-quarters of a percentage point for the second straight month — with the previous 0.75% increase marking the first of its kind since 1994.