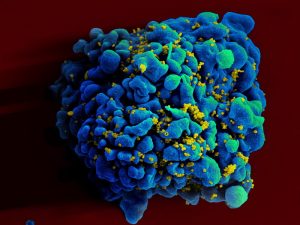 First Woman Cured of HIV Thanks to Stem Cells From Newborns

The first woman — and third person ever — has reportedly been cured of HIV after receiving a breakthrough treatment involving a “magical” umbilical cord blood transplant.

Researchers at New York-Presbyterian Weill Cornell Medical Center in New York led the study, and shared their findings during the Conference on Retroviruses and Opportunistic Infections in Denver the New York Times reported Tuesday. Their case study, from New York, bears significance for a number of reasons.

The “past middle-aged” woman, who chose not to be identified in the interest of privacy, was among the first to receive a novel transplant method using umbilical cord blood, fortified with a mutation that blocks HIV from entering her cells. She also received partially matched blood stem cells from a first-degree relative — a parent, offspring or sibling — while the cord blood treatment worked its way through her rejiggered immune system.