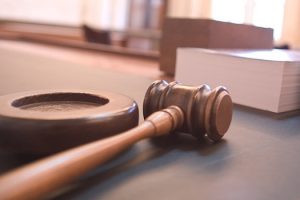 Assistant Attorney General Kristen Clarke of the Civil Rights Division and U.S. Attorney Roger Handberg for the Middle District of Florida announced today that a federal grand jury in Tampa, Florida, returned a two-count indictment charging Jordan Patrick Leahy, 29, with committing hate crimes for his racially-motivated attack on a Black man who was driving along a public road in Seminole, Florida.

The indictment alleges that on Aug. 8, 2021, Leahy willfully intimidated and interfered with J.T., and attempted to injure, intimidate and interfere with J.T. through the use of a dangerous weapon (Leahy’s vehicle), because of J.T.’s race and color, and because J.T. was traveling on a public road in Seminole, Florida. According to the indictment, J.T.’s girlfriend and daughter were also in the car with J.T. when Leahy allegedly committed the attack.

If convicted, Leahy faces a maximum sentence of 10 years in prison, three years of supervised release, and a fine of up to $250,000. An indictment is merely an accusation, and the defendant is presumed innocent unless proven guilty.

The case was investigated by the FBI, the Pinellas County Sheriff’s Office and the Florida Highway Patrol. Assistant U.S. Attorney Carlton Gammons for the Middle District of Florida and Trial Attorneys David Reese and Laura-Kate Bernstein of the Civil Rights Division are prosecuting the case.