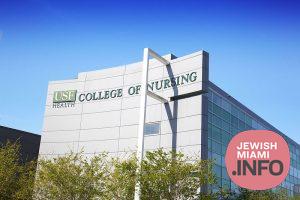 Today, Governor Ron DeSantis announced that U.S. News and World Report released their 2022-2023 Best Colleges rankings, with Florida Public Universities earning top spots across multiple categories. The Best Colleges rankings placed the University of Florida (UF) and Florida State University (FSU) among the top 20 public universities in the country. UF earned the number 5 ranking on the list and FSU earned the number 19 spot. The University of South Florida was ranked among the top 50 public universities in the country at number 42, rising four spots from last year and breaking into the list of the top 100 public and private universities for the first time ever at number 97. The University of Central Florida (UCF) and Florida International University were also in the top 100 public universities nationally, coming in at 64 and 72 respectively. As of 2021, Florida has been ranked the number one state for higher education for five consecutive years by U.S. News and World Report.“Florida schools are some of the best in the nation, and these rankings show that our investments in higher education and our focus on providing an affordable, quality education are paying off,” said Governor Ron DeSantis. “I am especially proud that we have not allowed tuition increases since I have been Governor, making higher education in Florida as affordable as virtually anywhere in the nation.”

“When it comes to higher education, there’s no state in the country better than Florida,” said Commissioner of Education Manny Diaz Jr. “Thanks to the leadership of Governor Ron DeSantis, we have kept our tuition low and standards high while offering top-notch postsecondary options that stand above the rest.”

“We are extremely grateful that Governor DeSantis and the Florida Legislature have prioritized higher education in the State of Florida year after year,” said Brian Lamb, Chair, Board of Governors. “The result of that commitment, along with the hard work of our Board, university leadership, faculty and students, reflects in the improvement and prominence rankings of all of our state universities released today by the U.S. News and World report.”Florida schools also earned high rankings in other categories. UF and FSU both ranked in the top 30 colleges for veterans. UCF was ranked 20th for the most innovative schools. Florida Agricultural and Mechanical University was ranked number 7 among the list of public and private historically black colleges and universities.