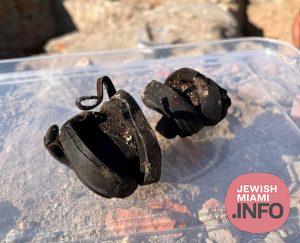 Polish archaeologists succeeded in locating and excavating the bunker of Mordechai Anielewicz, the commander of the Jewish Fighting Organization which fought in the Warsaw Ghetto Uprising, who was killed in 1943 in a battle against the Nazis.

Among the items found at the site: many personal items used by the leaders of the rebellion and its fighters, including tefillin, torn pages from the Talmud, handwashing cups, Shabbat candlesticks, glasses, dinnerware and an iron.

Yediot Ahronot journalist Itamar Eichner reported that due to the fact that the entire Jewish quarter was completely destroyed by the Germans, it was difficult to find the exact site of the bunker. The bunker was finally found by comparing pre-war and post-war maps and with the help of advanced GPS techniques. Today it is known with certainty that this is the basement where Anielewicz’s bunker was located and archaeologists are examining if it will be possible to present the findings at the site itself.