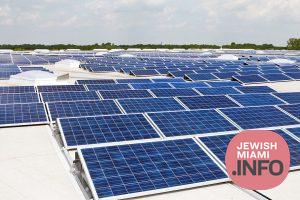 “We are cementing Florida as a national leader in solar energy as we continue the largest solar buildout in the country – providing our customers with clean, reliable and affordable energy,” said FPL Chairman and CEO Eric Silagy. “This is an important milestone for our communities, the economy and the environment. Generating cost-effective solar energy is an integral piece of our Real Zero goal – to eliminate carbon emissions and create an even more resilient and sustainable energy future for our customers.”

The new solar energy centers will add approximately 3.1 million solar panels to the state, with several supporting FPL SolarTogether – the company’s popular community solar program and the largest of its kind in the country – which received approval for expansion last year by state regulators.

The following solar sites are currently under construction:

The construction of these 16 new solar energy centers is expected to create up to 4,000 solar jobs across Florida, as each individual site will have 200 to 250 workers at peak construction. In addition to this influx of workers infusing dollars into local economies with the purchase of goods and services, each solar energy center will generate hundreds of thousands of dollars in local tax revenues each year.

In June, FPL’s parent company, NextEra Energy, announced its Real Zero™ goal, an industry-leading commitment to eliminate carbon emissions from its power plant fleet by no later than 2045. As part of its Zero Carbon Blueprint™, FPL will install 90,000 MW of solar energy in Florida, which in combination with the massive expansion of battery storage, the continued use of zero-emissions nuclear power generation and converting its highly efficient natural gas plants to run on green hydrogen, will provide zero-emissions, reliable and affordable electricity to customers. Economic studies indicate that reaching the Real Zero goal could create up to 150,000 jobs and add $15 billion in annual gross domestic product (GDP) in Florida through 2045.