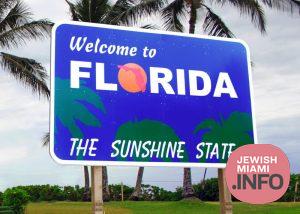 Today, Governor Ron DeSantis announced that Florida’s unemployment rate dropped to 2.5 percent in the month of September, the second lowest rate in the state’s recorded history and the lowest rate since October 2006. Florida also had the second fastest Gross Domestic Product (GDP) growth in the nation, growing at an annual rate of 1.6 percent in the second quarter of 2022 while the national GDP has declined for two consecutive quarters.

“Florida’s economy continues to outpace the national average- Floridians are finding jobs, and our state’s businesses are thriving. As we continue to support Southwest Florida communities in their recovery from Hurricane Ian, a resilient economy is paramount,” said Governor Ron DeSantis. “With inflation still surging due to federal policies and with Southwest Florida recovering from Hurricane Ian, Florida has maintained sound fiscal and economic policies that will help us mitigate these challenges.”

Over the year, total private sector employment grew by 461,500 jobs (+5.8 percent), 1.4 percentage points faster than the national rate of 4.4 percent. Florida employers have added jobs for 29 consecutive months through September 2022, and Florida’s over-the-year private sector job growth rate has exceeded the nation for 18 consecutive months since April 2021. In September 2022, Florida’s labor force grew by 316,000 (+3.0 percent) over the year, faster than the national rate of 2.0 percent by 1.0 percentage point over the same time period.

Data in the month of September continues to indicate there are many job opportunities available for Floridians throughout the state, with more than 464,000 jobs posted online. Floridians in search of work and new job opportunities are encouraged to turn to the CareerSource Florida network for help. Floridians can find guidance on how to register with Employ Florida and search listings of available local job openings. Career seekers also can improve their employability by perfecting resume writing and interviewing skills, establishing career goals, and pursuing customized career training. These services are provided at no cost to job seekers.

Florida Economic Indicators for September 2022 include: