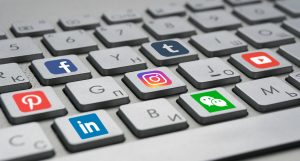 Consumers in 2021 reported losing about $770 million to fraud initiated on social media—about one fourth of all reported fraud losses for the year and an 18-fold increase from 2017, according to the Federal Trade Commission’s latest Consumer Protection Data Spotlight.

Of those who reported losing money to fraud in 2021, more than 95,000 indicated that they were first contacted on social media—more than twice the 2020 number. Investment scams topped the list of total reported dollar losses, followed by romance scams. The largest number of reports came from people who lost money to online shopping scams. Most of the reports about online shopping scams involved someone who ordered a product they saw marketed on social media that never arrived. Consumers who listed the social media platform where the undelivered products were marketed most often named Facebook or Instagram.

To learn more about how to spot, avoid, and report scams—and how to recover money if you have paid a scammer—visit ftc.gov/scams. If you spot a scam, report it to the FTC at ReportFraud.ftc.gov.