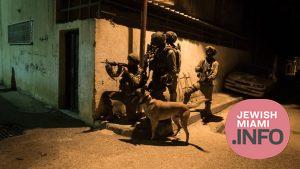 An initial report suggests that a number of armed assailants arrived in a vehicle at one of the entrances to the city of Shechem. One of the assailants got out the vehicle and fired at an IDF military post.

IDF soldiers who were at the scene as part of routine activity spotted the armed assailant and responded with live fire to neutralize the suspect.