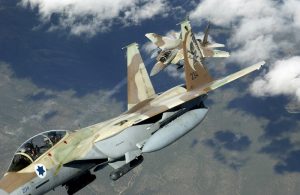 Israel launched an air strike on the Syrian port of Latakia on Tuesday, setting ablaze the container storage area and damaging nearby buildings in a second attack on the facility this month, Syrian state media reported.

The Syrian reports made no mention of any casualties.