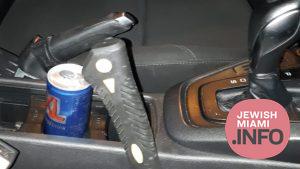 A terror attack was foiled in Samaria early Monday morning, when a Palestinian Arab man armed with an axe was arrested en route to a planned attack.

The terrorist, a resident of Al-Bireh near Ramallah, was arrested before dawn Monday at Tapuah Junction in Samaria.

While driving through a checkpoint at the junction, the terrorist aroused the suspicion of soldiers at the checkpoint. The soldiers instructed the terrorist to pull over, allowing them to inspect his vehicle.