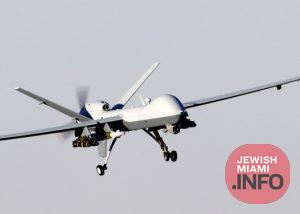 A MQ-9 Reaper unmanned aerial vehicle prepares to land after a mission in support of Operation Enduring Freedom in Afghanistan. The Reaper has the ability to carry both precision-guided bombs and air-to-ground missiles. (U.S. Air Force photo/Staff Sgt. Brian Ferguson)

According to the report, six Israeli drone aircraft carried out an attack on an airbase in western Iran near Kermanshah in mid-February, destroying hundreds of drones.