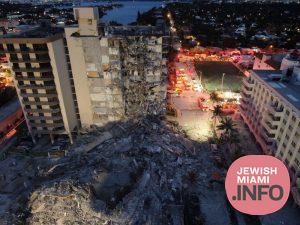 This commemorates the tragic partial structural collapse that occurred in the early hours of June 24, 2021, of the Champlain Towers South beachfront residential condominium in Surfside, which killed 98 individuals. Four people were rescued from the rubble, but one died of injuries after arriving to the hospital.

“Many of these individuals who were tragically killed were residents of our County and contributed to the fabric of our community. They made an impact, and they deserve to be remembered,” said Commissioner Heyman.

A memorial event is planned for June 24 to pay respects to those whose lives were lost in the collapse and honor those heroes who responded.