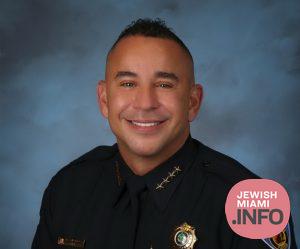 “Following a thorough and extensive investigation of employee complaints at the Fort Lauderdale Police Department, City Manager Chris Lagerbloom, has determined that it is in the City’s best interest to separate employment with Larry Scirotto,” the city wrote. “Effective immediately, the leadership of the Fort Lauderdale Police Department will be at the direction of Acting Chief Luis Alvarez. The selection for the next Police Chief has begun and further information will be forth coming.”

According to a report by WSVN, Scirotto found himself under review soon after taking the job over several employee complaints that the Sun Sentinel reported as being over racial discrimination when it comes to internal promotions.

With the position again vacant, the search is on for a new Police Chief.