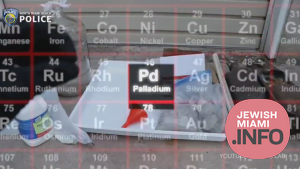 Federal, state, and local law enforcement partners from across the United States executed a nationwide, coordinated takedown today of leaders and associates of a national network of thieves, dealers, and processors for their roles in conspiracies involving stolen catalytic converters sold to a metal refinery for tens of millions of dollars.

Arrests, searches, and seizures took place in California, Oklahoma, Wyoming, Minnesota, New Jersey, New York, Nevada, North Carolina, and Virginia. In total, 21 individuals in five states have been arrested and/or charged for their roles in the conspiracy.

The 21 defendants are charged in two separate indictments that were unsealed today in the Eastern District of California and the Northern District of Oklahoma following extensive law enforcement arrest and search operations. In addition to the indictments, over 32 search warrants were executed, and law enforcement seized millions of dollars in assets, including homes, bank accounts, cash, and luxury vehicles.

“Amidst a rise in catalytic converter thefts across the country, the Justice Department has today carried out an operation arresting 21 defendants and executing 32 search warrants in a nation-wide takedown of a multimillion-dollar catalytic converter theft network,” said Attorney General Merrick B. Garland. “We will continue to work alongside our state and local partners to disrupt criminal conspiracies like this one that target the American people.”

A federal grand jury in the Eastern District of California returned a 40‑count indictment charging nine defendants with conspiracy to transport stolen catalytic converters, conspiracy to commit money laundering, and other related charges.

According to court documents, brothers Tou Sue Vang, 31, and Andrew Vang, 27, and Monica Moua, 51, all of Sacramento, California, allegedly operated an unlicensed business from their personal residence in Sacramento where they bought stolen catalytic converters from local thieves and shipped them to DG Auto Parts LLC (DG Auto) in New Jersey for processing. The Vang family allegedly sold over $38 million in stolen catalytic converters to DG Auto.

A federal grand jury in the Northern District of Oklahoma returned a 40‑count indictment charging 13 defendants with conspiracy to receive stolen catalytic converters, conspiracy to commit money laundering, and other related charges.