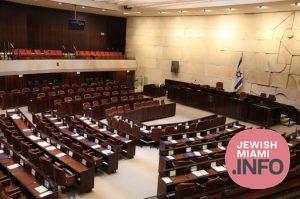 Israel’s Knesset dissolved itself on Thursday morning, paving the way for elections later this year.

The elections are expected to be held on November 1.

In the meantime, MK Yair Lapid (Yesh Atid), who until now has served as Foreign Minister and as Alternate Prime Minister, will take on the role of acting Prime Minister, starting at midnight on Thursday.