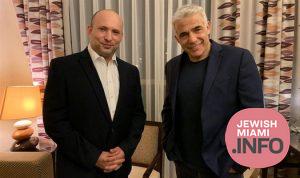 Prime Minister Naftali Bennett and Alternate Prime Minister Yair Lapid have decided to dissolve the current government and hold new elections. The decision was made after the two exhausted efforts to preserve the current coalition, which has seen numerous crisis in recent months.

The two will submit a bill to this effect for approval by the Knesset next week.

Yair Lapid will become prime minister during the transition period as per the coalition agreement and will greet US President Joe Biden as Israel’s premier during his visit to the Jewish State on July 13. Elections for the 25th Knesset will be held in September.