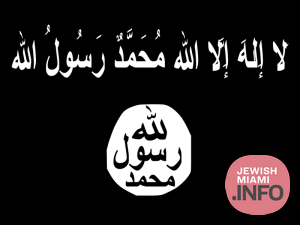 A Florida man was sentenced today to 20 years in federal prison, followed by 15 years of supervised release, for attempting to provide material support to the Islamic State of Iraq and al-Sham, also known as ISIS, a designated foreign terrorist organization.

Romeo Xavier Langhorne, 32, of St. Augustine, pleaded guilty in the Middle District of Florida to one count of attempting to provide material support to ISIS on May 13, 2021. According to court documents, Langhorne pledged his allegiance to ISIS at some point in 2014, knowing that ISIS was a designated foreign terrorist organization that engaged in acts of terrorism. Between 2018 and 2019, Langhorne reaffirmed his support of ISIS on various social media accounts, posted ISIS-produced videos to his YouTube account and participated in online ISIS chat rooms with like-minded individuals. In December 2018 and January 2019, Langhorne expressed in one of those chat rooms an interest in creating a video that would improve on existing videos demonstrating the making and use of a deadly explosive, triacetone triperoxide (TATP).

In February 2019, Langhorne began communicating with an undercover employee (UCE) of the FBI who was posing as someone working on behalf of ISIS. Langhorne told the UCE about his plans to create and disseminate an instructional video on making TATP and sought the UCE’s assistance in creating the video. Langhorne told the UCE that, in order to ensure that the video was not removed from the internet by service providers, it should include disclaimers advising that it was intended for educational purposes. However, Langhorne informed the UCE that his true purpose in making and distributing the video was to arm ISIS adherents and others with knowledge of how to make TATP and use it for terrorism-related purposes in support of ISIS.

During the summer of 2019, Langhorne sent multiple messages to the UCE for assistance with creating a Nasheed, which is a form of Islamic vocal music. Langhorne stated he wanted the Nasheed to include a particular recording of an ISIS member yelling “Allahu Akbar” while breaking out of prison, as well as a clip of children saying, “kill them all.” Langhorne explained that he wanted the Nasheed “to encourage justified retaliation” against the United States for its role in killing Muslims.

The FBI produced a video in accordance with Langhorne’s instructions, but – unbeknownst to Langhorne – it featured an inert chemical formula for TATP that would not produce an explosion. In November 2019, the UCE provided versions of the TATP video to Langhorne, and Langhorne distributed the video by uploading it to a video-sharing website.

The FBI, including partner agencies participating in the Northeast Florida Joint Terrorism Task Force, investigated the case with investigative support from U.S. Customs and Border Protection Office of Field Operations and Border Patrol and the St. Johns County Sheriff’s Office.