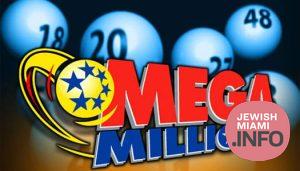 Why be a millionaire when you could be a billionaire?

Nobody won Tuesday night’s Mega Millions jackpot, growing the top prize to more than $1 billion ahead of the next drawing on Friday, though a $1 million ticket was sold on Staten Island.

Despite lotto fever due to the then-estimated $830 million jackpot, no players managed to match all six numbers for the top prize.