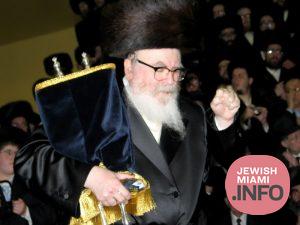 President Biden Calls The Skverer Rebbe Tuesday, Asks For His Support For Maloney In Congressional Race

According to reports, Biden allegedly gave the Skverer Rebbe an open door invitation during their discussion.

The congressional race that prompted the call, shows recent polls with Maloney, a Democrat and the first openly gay man elected to the House of Representatives, trailing behind Republican Mike Lawler in the 18th District.

The Congressional District seats are vital to both parties in the upcoming election as control of the house is up for grabs. The race is also complicated by redistricting, which removed a District seat from New York State.