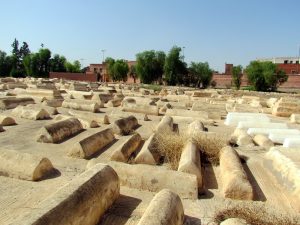 Archeologists have unearthed the remnants of an early Jewish community in the Atlas Mountains of Morocco.

The team of Moroccan, Israeli and French archeologists discovered the ruins of a synagogue as they were excavating in the area of a small town in the region of the Atlas Mountains that borders the Sahara Desert, Morocco World News reported.

While excavating the synagogue, the team discovered long buried ritual items, Jewish scriptures, amulets (that served to protect their wearers from bad luck), and other objects.