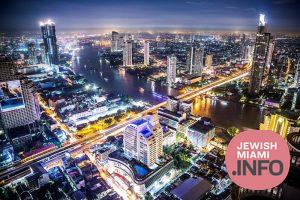 Security forces in Thailand thwarted an Iranian plot to attack Israeli and western targets in the country, it was cleared for publication Monday evening, Mako News reported.

An Iranian agent, who was arrested in Indonesia with a fake Bulgarian passport, is believed to have been the mastermind behind the planned attacks. He worked with other elements to establish terrorist infrastructure and cells in Thailand. Although the attempted attack was thwarted, the Iranians continue to try to carry out attacks in Thailand and elsewhere.