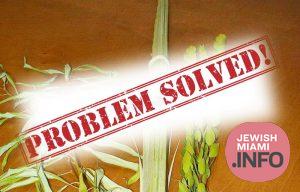 RESOLVED: Canada Has Resolved The Customs Issue, Allowing The Daled Minim To Be Imported For Yom Tov Use

A significant blockage for the Jewish people of Canada has been resolved as permission was granted for commercial import of the Daled Minim to the country.

Just this morning the news that Lulavim, Hadassim, and Aravos would not be allowed to be commercially imported to Canada caused a ruckus, with Jews in Canada left with few options.

The directive from the CFIA, published in October of 2020, outlines the requirements from the country that only Lulavim for personal use may be brought in to the country.

“For ceremonial or religious use during the holiday of Sukkot. Lulavs are for personal use only and must accompany the traveler at the time of entry into Canada,” the directive clearly states. “Commercial imports are not permitted.”

The CFIA further goes on to limit the amount of time prior to Sukkot you can bring in the Lulav, writing “The authorized period for import is 3 days prior to the beginning of Sukkot through to 8 days following the end of the holiday.”

With that narrow span of time, the only apparent way for the Jewish people of Canada to properly celebrate the holiday is to drive across the border within the three days of Yom Tov and purchase the items in the United States.

Askanim quickly got on the case, and with the help of many people the issue was resolved.

A special thank you was extended to Member of Canada’s Parliament Rachel Ben-Dayan whose work was instrumental in resolving the issue.