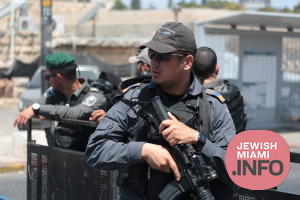 An armed Arab terrorist attempted to stab soldiers and civilians near the Gitai Avishar Junction in Judea and Samaria, the IDF said.

The would-be terror attack, which occurred near the Samaria city of Ariel, was prevented by alert IDF soldiers, who neutralized the terrorist, who later died of his wounds.

A woman of 18, who lives in Samaria, has suffered shock and is being treated at the scene by Magen David Adom and United Hatzalah paramedics.